Staff at Falconer’s Hill all receive regular training to notice possible signs of abuse during their daily contact with children.  All staff are responsible for reporting concerns about a child.

Signs of abuse may be:

Part of a picture over a longer period, such as:

Child sexual exploitation is a form of sexual abuse.  Victims are manipulated or forced into taking part in a sexual act, either as part of a seemingly consensual relationship, or in return for attention, gifts, money, alcohol, drugs or somewhere to stay. The young person may think that the abuser is their friend, or even their boyfriend or girlfriend.  But they will put them into dangerous situations, making or forcing them to do things that they don’t want to or can’t say no to.   The abuser will create some form of dependency between the young person and them and may physically or verbally threaten the young person or be violent towards them.  They will try and isolate them from friends and family so that they can control and manipulate them.

What are the signs?

What can Parent/Carers do?

Schools are placed under a duty by the Counter-Terrorism and Security Act 2015 to have “due regard to the need to prevent people from being drawn into terrorism” and “challenge extremist ideas” that support or are shared by terrorist groups.

Our school follows the Home Office guidance for schools which identifies best practice and ways in which schools can comply with their duty. We also work in partnership with the local authority Safeguarding team and Prevent Co-ordinator. Our staff have awareness training in radicalisation and are trained to recognise vulnerability to being drawn into terrorism. We ensure that fundamental British Values are reflected in our activities and general conduct of the school. For more information see our British Values page which sets out how this is included in our curriculum.

All adults working with children at Falconer’s Hill Infant School are aware of relevant policies and procedures for safeguarding children.

Sue Burton and Brigid Matthews are always on hand to provide you with a listening ear and a cup of tea. 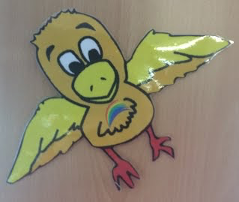